What is Sendai Tanabata Festival?

The world’s most elegant festival of paper and bamboo

Sendai Tanabata Festival has been passed down through the generations as a traditional event that dates back to the era of Date Masamune, the first lord of Sendai Domain. Today, the festival is known nationwide for its elegance—derived from an ancient Japanese star festival—as well as its gorgeous decorations.

During the festival, the entire city—including central Sendai and neighboring shopping districts—is filled with colorful Tanabata decorations. The festival is visited by more than two million tourists every year. 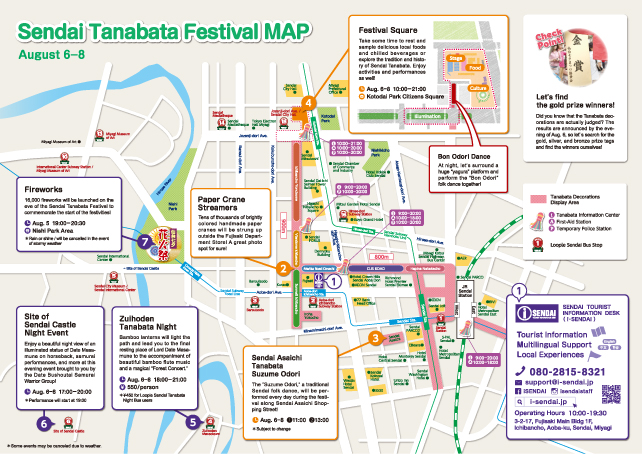 Roads around Sendai City will be congested during the Tanabata Festival.
Please use public transportation (subway, bus, and taxi) as much as possible.